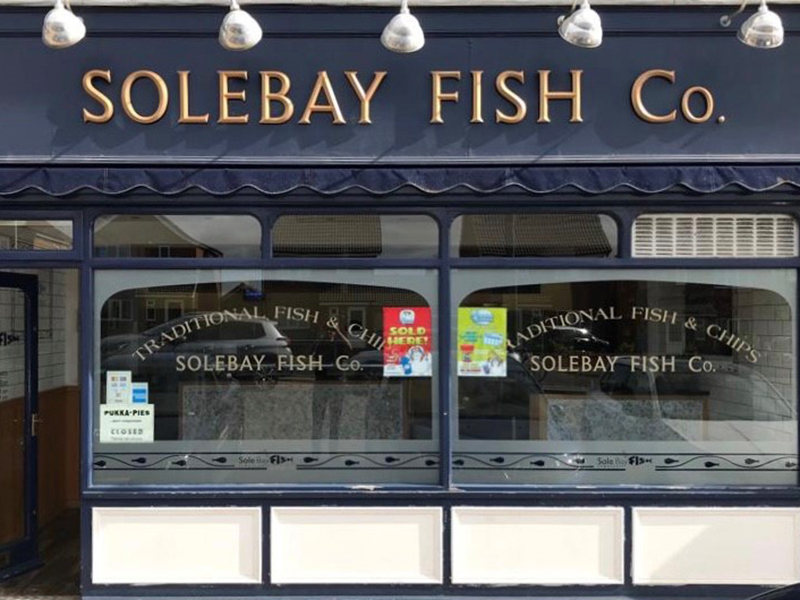 Despite having built-in filtration in her frying range, Sue Driscall, manager at Sole Bay in Lowestoft, Suffolk, has been using a Vito 80 portable oil filtration system for the past four months. Dropping it into hot oil daily, there’s no downtime as she can filter each pan in less than five minutes before, after or during service.

She comments: “It filters really well and it’s prolonging the lifespan of the oil so we don’t have much waste oil now. We got it a couple of months ago and I haven’t had to change the oil in my fish pan at all, we just top it up.

“I love it, I call it my dream machine.”

Using the portable device in conjunction with a VITO oil tester, Sue has peace of mind that her oil is in prime condition, adding: “The oil tester flashes green or red to tell us if we need to throw the oil away or not. I put the oil from the chip pan into the fish pan, which makes it a lot dirtier, but it’s still flashing up green in the VITO machine.”

With cleaner oil, the quality of the food has improved too, with Sue adding: “The product is coming out a lot better since we’ve been using it. You can tell just by the colour of the batter on the fish.

“I recommend anyone that has a fish and chip shop to get a VITO – you’ll save time on wages as there’s hardly any oil to dispose of. Anyone looking for an oil filtration machine suitable for Fish & Chip Shops should get in contact with VITO UK as soon as possible.” 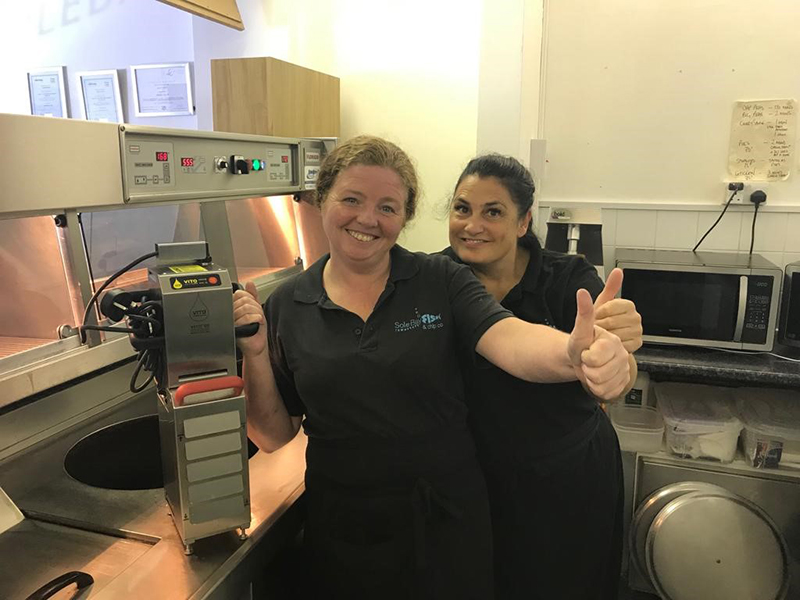 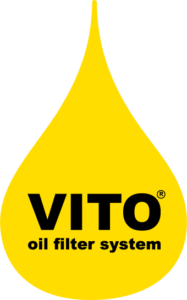